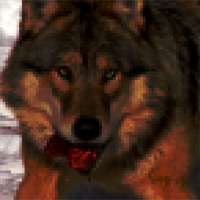 This Thursday’s 5a7 will revolve around Werewolves, a game that is also known as “Mafia”, “Assassin”, “Witch Hunt”, and quite a few other names. Werewolves is a game about trust and group dynamics where sound logic meets irrational feelings. All you need to play is a deck of cards, although commercial versions of the game do exist. It should be noted that Werewolves has been transformed into a kind of a folk game, with many variant rules and opinions. Jessica Rose Marcotte will be hosting.

THE RULES (in a nutshell)
Werewolves is a game for seven people or more where the players are secretly assigned roles using a deck of cards. The basic roles include Villager, Seer, and Werewolf. In a group of seven, there are always two werewolves, one seer, and four villagers. A moderator takes charge of the group and handles the two phases of the game: Night and Day. During the night, the werewolves choose a villager to kill. During the day, the villagers must choose one of their own to kill under the suspicion that they are a werewolf. If the number of werewolves equals the number of villagers, the werewolves win. If the villagers manage to kill all the werewolves, the werewolves win. Additionally, the seer can secretly ask about someone’s identity during the night phase and can do with that information what they will. However, it may be a good idea to play it close to the vest, because anyone who is successfully pointing out werewolves will soon find themselves on the wrong end of some fangs and claws.

For a more detailed description of the rules, including some other special roles that can be used in larger groups, visit here. There is actually no limit to the number of players that can play Werewolves at one time, although naturally the more people there are, the harder the game becomes and the longer it takes.

SOME VARIANT CHARACTERS THAT WE MAY BE USING
The Dentist: At night, gets to choose one player who cannot talk during the day phase (including their own).
The Witch: Has one potion that allows her to kill someone and one potion that allows her to save someone’s life.
The Defender: Can choose one person to protect a night. This person cannot be killed during the night phase. The Defender cannot choose the same person two rounds in a row.
The Hunter: Can take out one other player with them when they are killed.