5a7 – A Fractured Discourse

Why does Godzilla hate nuclear power so much? Why is Grave of the Fireflies so devastating? Why does something blow up at the end of every Resident Evil? 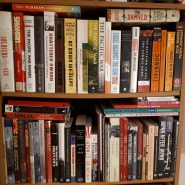 Ryan Scheiding’s talk examines patterns within Japanese historiography in order to better understand the origins of Japanese collective memory of the atomic bombs and the Pacific War. Based on a multitude of sources, it identifies, defines and describes three major discourses within Japanese war memory: discourses of heroism, victimhood and perpetrators. Using this as a basis for further conversation, it connects Japanese popular culture to larger, unseen, well-established, discourse(s) of the past that define Japanese war memory.