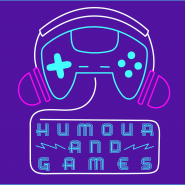 Let’s keep the streak going! This week, we’re featuring an interview with Dietrich Squinkifer, Squinky! For those of us at TAG, this one is close to home, so we’re really excited about this episode.

Dietrich Squinkifer, aka Squinky, is a transgender and neurodivergent new media artist who makes weird videogames about feelings while somehow continuing to survive in a late capitalist cyberpunk dystopia.

After stints in both industry and academia, and gaining recognition for works such as Dominique Pamplemousse and Coffee: A Misunderstanding, they are currently in the process of cofounding a worker co-op game studio called Soft Chaos with two of their very good friends, while at the same time working on a solo album of short games titled Squinky and the Squinkettes present: SECOND PUBERTY.

As always, available for you to listen at the ConnectingToGame website, on Apple Podcasts, or Spotify.