Cizek will present her body of work on November 14th from 2:00pm to 4:00pm at TAG. The talk will also explore Cizek’s creative process as well as her role as Research Affiliate at MIT’s Open Doc Lab. 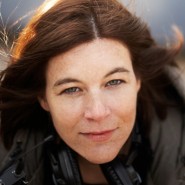 Katerina Cizek is a two-time Emmy-winning director and pioneer in digital media: documentary, interactive and journalism. Her work has documented the Digital Revolution, and has itself become part of the movement. At the National Film Board of Canada, she helped redefine the organization as one of the world’s leading digital content hubs. She is the director and creative force behind the NFB’s award-winning digital documentary project HIGHRISE, and she realized the acclaimed NFB Filmmaker-in-Residence program. Cizek has built collaborations with people from all walks of life, working with community, academic and media partners to co-create media for social justice, including a group of young homeless parents, The New York Times, Mozilla Foundation, United Way and a leading private architecture firm. Her work has been honored with 2 Emmy Awards, a Peabody Award, World Press Photo Prize, Canadian Screen Awards, a Webby Award, International Baka Forum Youth Education Prize, among others.

Cizek‘s earlier independent films include the Hampton-Prize winner Seeing is Believing: Handicams, Human Rights and the News (co-directed with Peter Wintonick). Her work has been seen by millions around the globe, through TV broadcasts and publishing on the web. She has traveled the world with her projects, teaching and speaking about her innovative approaches to the documentary genre and digital media.