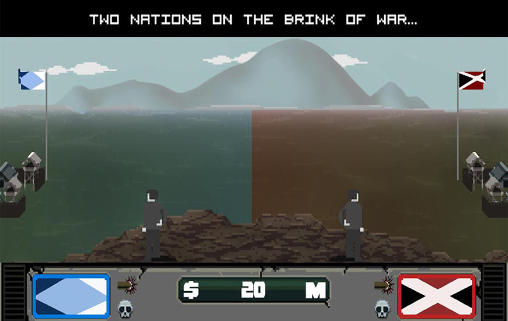 A war between two nations is imminent. There is opportunity to make profit out of the incoming war.

War Agent is a high score, fast paced resource management game that puts the player in the place of a war profiteer. The game explores the world of war profiteering and how greed can lead to unforeseen consequences on a global scale.

? A wide array of weapons including armored vehicles, aircraft and missile launchers
? Complete in-game interactive tutorial
? Complex government and population system that gets affected by the ongoing war
? Ability to bribe or eliminate the government
? Ability to fund the media to influence the population
? Witness real time consequences of war on the population
? More than 10 different random events
? Immersive sounds and music
? 33 different achievements